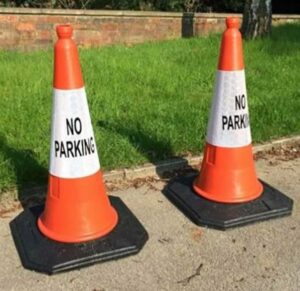 Of the problems that often occur in sectional title schemes, parking availability for each unit and their visitors is often at the top of the list, and trustees in many cases have long battles with residents to keep usage of common property in check.
So how much power do the trustees have?

Conduct Rule 3 of the Sectional Title Schemes Management Regulations clearly states that “[t]he owner or occupier of a section must not, except in a case of emergency, without the written consent of the trustees, park a vehicle, allow a vehicle to stand or permit a visitor to park or stand a vehicle on any part of the common property other than a parking bay allocated to that section or a parking bay”.

However, Rule 3(2) does make allowance for special conditions where vehicles are allowed to park in non-demarcated areas or parking bays allocated to their section, stating that “[a] consent under sub-rule (1) must state the period for which it is given”. This is self-explanatory, it should not be an indefinite period and the owners of the vehicle are required to adhere to the rule and remove their vehicle when told to do so or when the time is up, says Bauer.

Many households today have two vehicles per household. The problem here is that many sectional title schemes only have space for one or 1.25 bays per unit, and in some cases within the CBD, have a parking ratio of less than one bay per unit – which leads to residents either having to park unlawfully in common property or pay to rent extra bays. The problem is then exacerbated if a child in the household reaches driving age and also needs space for his or her vehicle. There have been cases where any extra space is taken up by someone’s vehicle, which the trustees have then to deal with, either by fining the owner or threatening to have the vehicle towed away, says Bauer.

If towing or clamping of vehicles is not written into the conduct rules, trustees would need to amend the rules and submit them to the Community Ombudsman Service for approval. This gives them the power to act against transgressors.

Trustees in these cases would not tow or clamp the vehicles themselves, but rather enlist the services of an experienced contractor, so that the vehicle is not damaged in any way, says Bauer. If towing or clamping the vehicle, it is suggested that a notice be placed in the owner’s post box or on the door to their unit, providing the contact details of the party in charge of releasing the vehicle.

As with any fining or penalty provision in the scheme’s rules, the rule (and the amount of the fine or penalty imposed) should be reasonable and proper procedures must be followed